L-CARNITINE. ACTION, APPLICATION AND DOSAGE. A FAT-BURNER AND A MUSCLE BUILDER IN ONE! / NUTRITION

L-CARNITINE. ACTION, APPLICATION AND DOSAGE. A FAT-BURNER AND A MUSCLE BUILDER IN ONE! 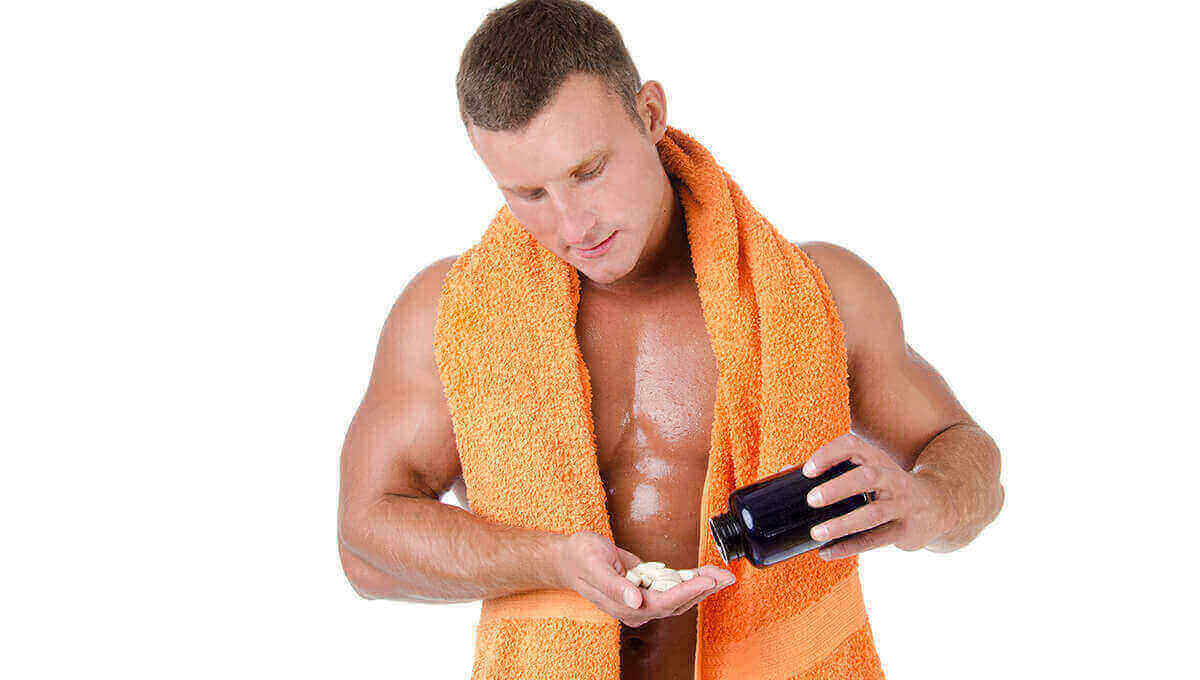 L-Carnitine is commonly known as a fat burner, and only few are aware that in the studies on L-Carnitine’s significance for life processes, it was its anabolic (muscle-building) potential that was discovered first. This makes L-Carnitine and its anabolic activity worth having a closer look at.

As the efficiency of L-Carnitine synthesis in the human body is low, the compound must be supplemented with diet. The body becomes fully capable of synthesising L-Carnitine after the age of one, with mother’s milk being its main source in the first few months of life. This makes premature babies and infants fed with milk substitutes particularly prone to L-Carnitine deficiencies. Deficiencies can also occur due to:

An adult person’s body contains  approx. 20 g of L-Carnitine, 98 percent of which is stored in the muscles. L-Carnitine deficiency leads to myopathy, i.e. a disease of muscles showing in muscle weakness and atrophy. As an anabolic agent, L-Carnitine is mainly used to treat certain forms of myopathy and has found application in substitution procedures in dialysotherapy. It is also recommended as an enhancer of the physical development of premature babies and infants, and used to improve the use of proteins and weight increase in undernourished children. Finally, L-Carnitine is used in geriatrics, to slow down age-related muscle weakness and muscle mass loss.

2. L-Carnitine as a fat burner

Studies on athletes confirmed the fat-burning properties of L-Carnitine. If subjected to long-lasting effort, skeletal muscles and the heart use up the energy that comes mainly from burning fat. L-Carnitine was administered to athletes to increase their aerobic capacity and fitness and to save muscle glycogen during lengthy physical work. It was noted that L-Carnitine supplementation increases energy output whilst considerably reducing fat, but has no effect on the overall body weight.

The main task of L-Carnitine is to transport fatty acids needed for burning processes. Additionally, the substance participates in the metabolism of amino-acids and in the production of acetylcholine, and stabilises biological membranes (protecting muscle fibres against destruction). All this can be significant for anabolic processes, as the biggest amounts of ATP, a compound stimulating protein synthesis, are provided through efficient burning of fatty acids. The fatty acids accumulated in non-specialised tissues (e.g. fat tissue) are toxic to the cells of such tissues, which is known as lipotoxicity. The same principle applies to muscle fibres, which explains why L-Carnitine deficiency leads to muscle atrophy. By binding fatty acids, L-Carnitine not only prepares them for burning, but also deprives them of toxicity.

L-Carnitine, popularly used as a fat burner, is also a very effective anabolic, known to improve protein absorption and storage in tissues. The anabolic activity of L-Carnitine is confirmed, among others, by the results of recent tests on strength athletes.

For instance, in studies concerning the impact of L-Carnitine supplementation on the improvement of strength parameters measured in sprint tests (Jacobs, 2010), strength athletes were given different L-Carnitine doses or cellulose (placebo). The biggest improvement of the peak power and average strength of muscles, when compared to the placebo group, was reported in the group which took the lowest dose of L-Carnitine (1.5 g), with doses of 3.0 and 4.5 g being ineffective.

In another study (Stephens, 2013), recreational athletes took 80 g of carbohydrates or 80 g of carbohydrates and 2 g of L-Carnitine twice a day. After the end of the 12-week-long experiment, it turned out that the persons from the ‘carbohydrates’ group had gained on average 1.8 kg of fat and, at the same time, lost 200 g of fat-free body mass, mainly consisting of muscle tissue. In the carbohydrate-and-carnitine group, on the other hand, the fat weight did not increase, with simultaneous average growth of muscle mass by 400 grams.

A positive effect of L-Carnitine on muscle growth was also proved in a study on 100 year-old volunteers (Malaguarner, 2007). The seniors were divided in two groups, of which one received L-Carnitine once a day, and the other was given a placebo. After a 6-month long supplementation it was noted that both the fat and the lean body mass in the placebo group increased, while in the L-Carnitine group, the fat mass dropped with a simultaneous growth of muscle mass.

5. L-Carnitine vs. anabolic and catabolic hormones

In one of the studies performed on strength athletes (Kraemer, 2006), young, recreational strongmen were given 2 g of L-Carnitine or a placebo once a day. After three weeks of supplementation, testosterone level in the carnitine group, both pre- and post-workout, was higher, while the level of cortisol was lower than in the placebo group. It was also shown that, when compared to the placebo group, athletes from the carnitine group had more androgen receptors (by c.a. 25%), with the concentration growing by further 25% after training. The above is important for strongmen all the more that the bigger the protein content in the muscles, the faster the development and the bigger the size of musculature.

Another interesting study concerning the relationship between L-Carnitine and testosterone (Cavallini, 2004) was performed on elderly men (average age: 66 years), divided into 3 groups. Group one took starch (placebo) each day for 6 months, group two was given testosterone, while group 3 took L-Carnitine. Obviously, placebo proved to be ineffective, while both testosterone and L-Carnitine significantly improved the sexual functions, well-being and endurance of the seniors, with L-Carnitine having a more pronounced effect on erection parameters.

The tests concerning relationships between L-Carnitine and cortisol (Alesci and Manoli, 2004) showed that L-Carnitine blocks the binding of cortisol derivatives to glucocorticoid receptors whilst binding these receptors itself. The effect of the binding is different for different tissues. In the immune system cells, L-Carnitine acts similarly to cortisol. When in bone cells, however, it produces effects that are opposite to those of cortisol, positively influencing  the muscle and bone mass. Therefore, it can be assumed that L-Carnitine inhibits the catabolic activity of cortisol.

L-Carnitine has a positive impact on the development and growth of muscles, among others, by stimulating synthesis of the insulin-like growth factor-1 (IGF-1), the strongest anabolic tissue hormone. Additionally, research (Keller, 2011 and 2013) shows that carnitine inhibits competitive catabolic activities responsible for muscle degradation.

L-Carnitine increases the level of another strong anabolic hormone, nitric oxide, whilst lowering catabolic tissue hormones, including IL-1 beta and TNF alpha. On this very basis, carnitine is assumed to block the production and suppress the activity of myostatin, a protein which inhibits muscle development.

It appears that to grow at the right pace, muscles need the proper amounts of L-Carnitine and creatine. The problem is that their capability to store L-Carnitine is probably bigger than the ability to store creatine, while the former is approximately three times as expensive as the latter. It is usually assumed that 4 or 5 grams of creatine daily is enough to fully saturate the muscles, as long as the supplementation is continuous. When it comes to L-Carnitine, full muscle saturation is obtained after 4 weeks of supplementation with 100 mg/1 kg of body mass daily. For an average strongman, the above means 8 capsules of Olimp L-Carnitine 1500 Extreme a day. A lower dose will also lead to full saturation of the muscles, but after a longer supplementation period. Given the above, continuous administration of creatine and L-Carnitine at a daily dose of 4 and 2 grams,  respectively (e.g. 4 caps. of Creatine Magna Power plus 2 caps. of L-Carnitine 1500 Extreme), seems to be the most reasonable supplementation for strength athletes, favouring optimum muscle development. 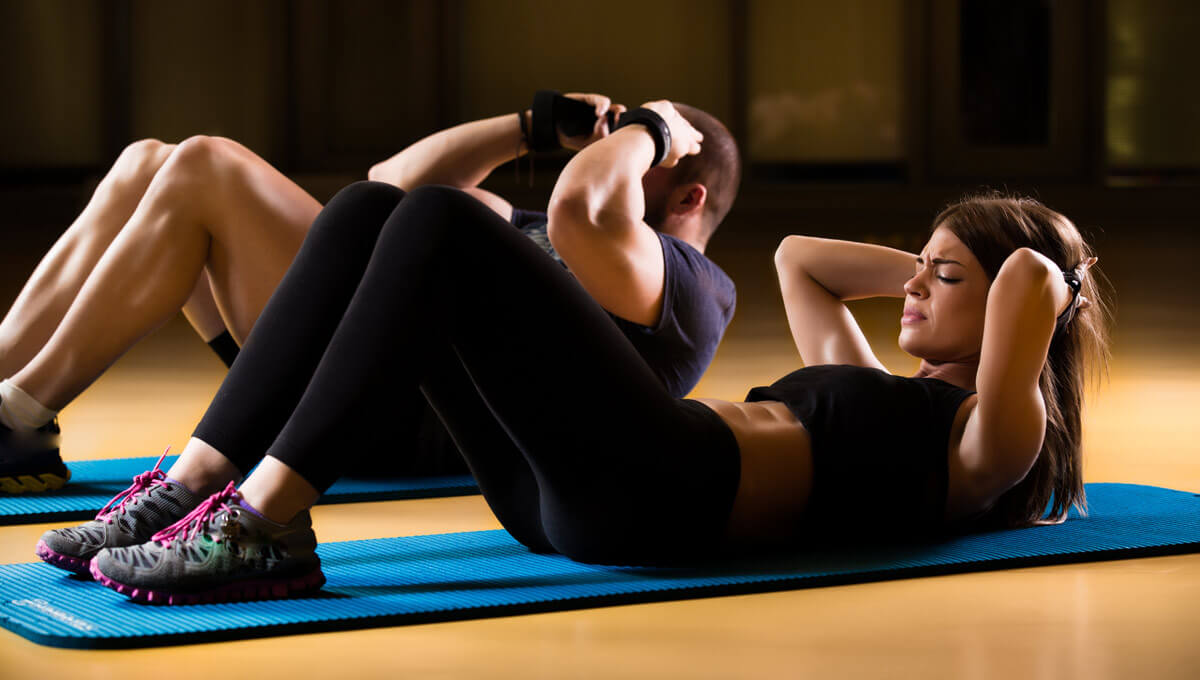 Taking BCAAs and training abs - is that a good combination? 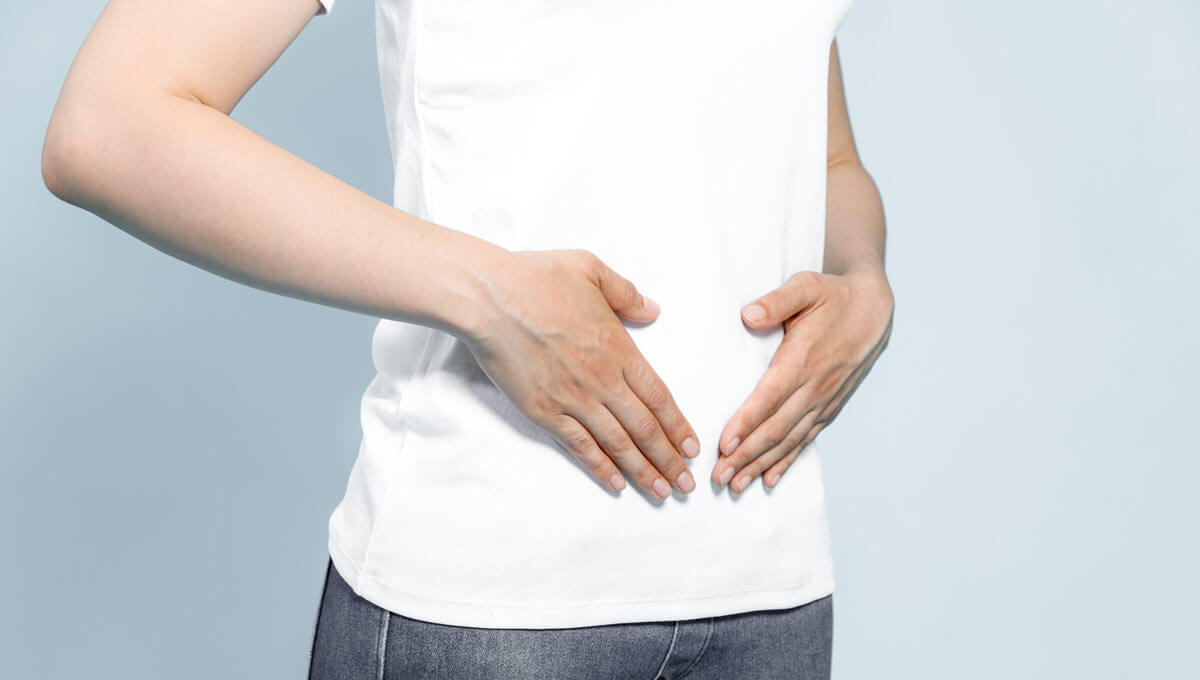 Probiotics - what are they and how do they work? 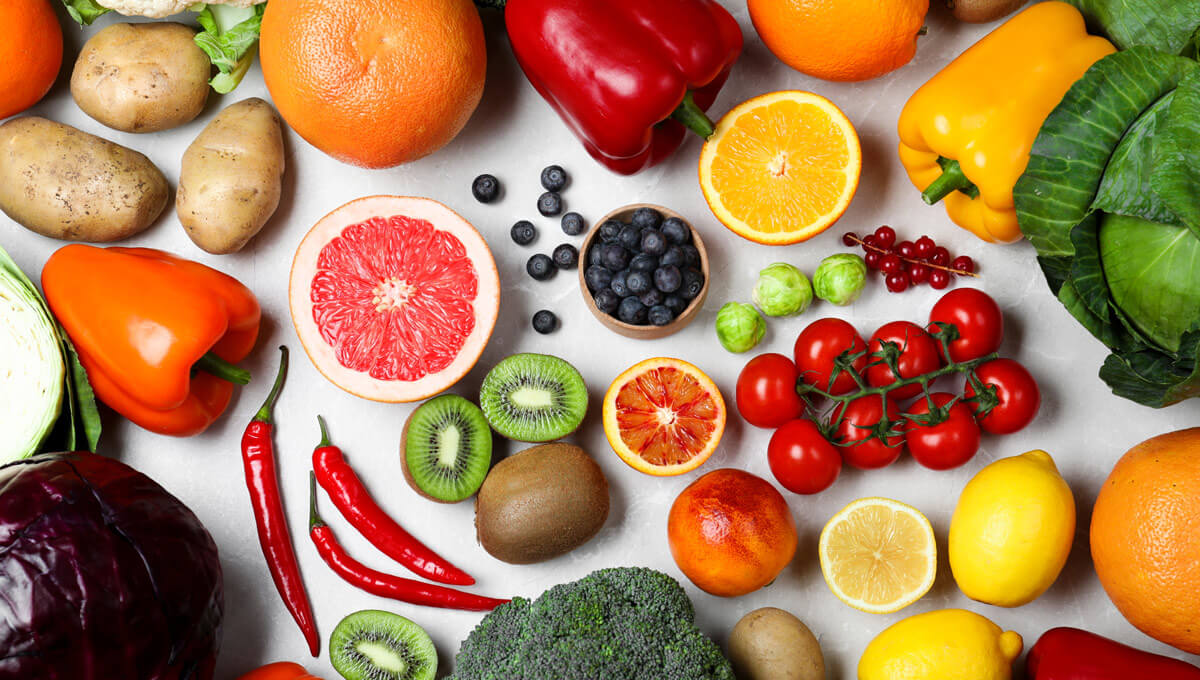 What are the natural anti-inflammatory ingredients in your diet? 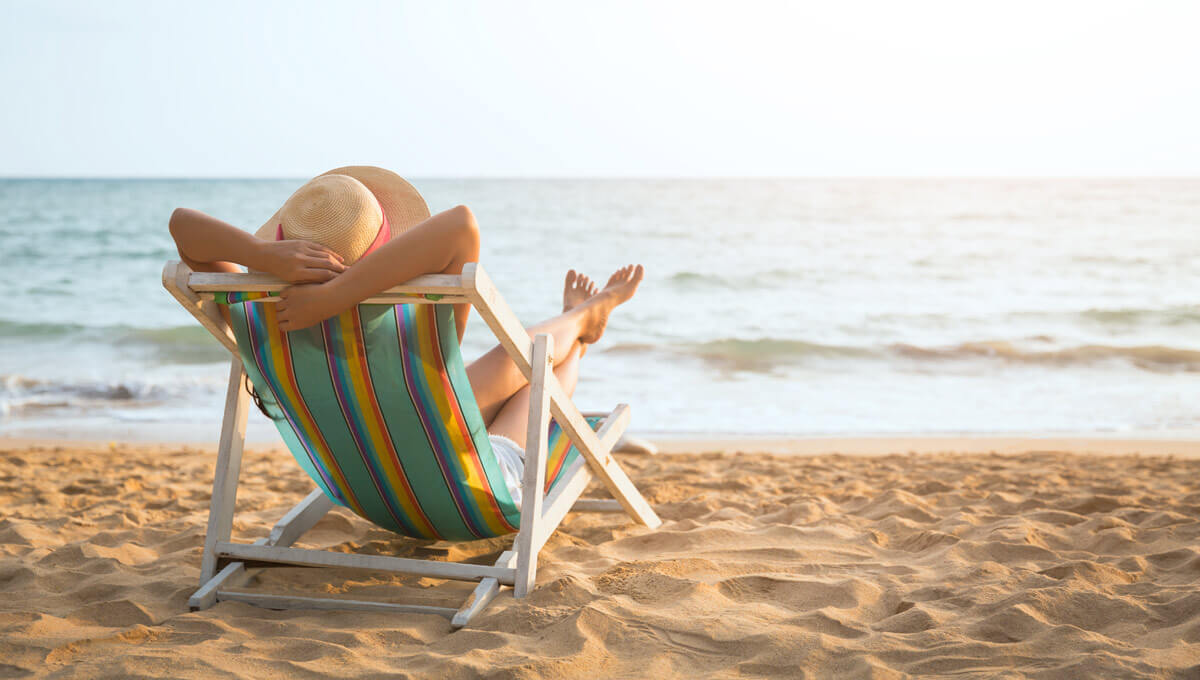 The best supplements to use in the summer