Yoga - physical activity for a healthy body and a peaceful spirit

Why should you take care of your body and soul with yoga?

For some it is an ideal form of physical activity, for others it still appears as an exotic training method. One thing is certain - the number of yoga enthusiasts has been growing for a long time, and it is unlikely that its increase in popularity will diminish! Professional athletes, show-business stars, and online influencers – all are proud to mention practising yoga and the many benefits they owe to it. What makes it unique? What makes people more and more willing to decide to take it up?

What do we call yoga? Some relevant information

The holistic impact of yoga on the human body makes it difficult to clearly define it. On the one hand, it is often mentioned as a form of physical activity which allows it to affect the body and mind equally. The cradle of yoga is India, where, for hundreds of years and many generations, it was cultivated as a form of daily physical and spiritual training - one of the main assumptions of yoga is finding the optimal balance between emotions and movement, limiting excessive body speed, and gradually striving to achieve better and better results in one’s personal and professionallife.

Yoga as a word is considered in three dimensions

The popularity of yoga began to increase over the years to reach the status of one of the most-chosen “training methods”, or active forms of spending free time. Today, in addition to activities at independent schools and clubs, yoga classes are a frequent item in the programmeof fitness clubs or gyms  - from group training and individual exercises to collective training organised in the open air (often taking the form of workshops or camps, which are usually run in a quiet place and in the midst of beautiful nature, for even-greater peace and perfect silence).

What should you know before your first session?

What does yoga give you? Find out about the many benefits!

What makes yoga so well received by many people? Asanas (exercises) and positions performed during yoga training have a comprehensive and incredibly positive effect on people. Thanks to this, every sphere of life greatly benefits, and, as a consequence, everyday functioning gains a completely new quality.

Positive aspects of yoga for health and physical condition

There is no doubt that asanas allow the involvement of the whole body, and the activation of a number of muscle groups, including deep postural muscles, which are responsible for stabilising the body (the so-called core) and maintaining thecorrect figure. Exercises and positions in yoga are an ideal way to strengthen weakened muscle groups, while at the same time they allow you to relax excessively tight and contracted structures. Often people deciding on yoga experience less pain, especially around the spine, e.g. in the lumbar area, which is a frequent consequence of prolonged sitting at a computer and working behind adesk.

Another and equally valuable benefit is the increased flexibility and mobility of the whole body. Stretching the muscles, together with the elasticity of other structures (including tendons, fascia and ligaments), allows you to counteract the existing restrictions which often hinder the performing of daily activities. Improving the range of joint mobility reduces the risk of injury, and also allows better nutrition of the intervertebral discs, which is one of the elements in the prevention of various dysfunctions of the musculoskeletal system, e.g. discopathy.

In addition, yoga is extremely valuable for

A marked decrease in cortisol resulting from yoga exercises is also associated with improved mental health. In addition to relaxing the physical sphere, yoga also affects mental health. Over time, and with subsequent sessions, excess stress is dissipated, which translates into improved daily functioning. Apersistent state of excessive tension can be the reason for a number of problems, e.g., insomnia, grinding theteeth at night, or a constant feeling of tiredness and lack of energy. The effort made during the practice of yoga makes it possible to get rid of this excessive state of nervousness and irritability, and it can support psychological functions (e.g. concentration), and improve general well-being.

Yoga is also a form of spiritual development

It is not without reason that yoga is mentioned as body and spirit training. Reducing the level of stress and eliminating physical limitations (e.g. persistent pain) is an ideal starting point to knowing yourself. Understanding your own flaws makes it easier to work on them to become a much better person! This approach is valuable not only for yourself, but also for your environment -people will definitely notice a change in your current behaviour!

Thanks to yoga, many people can understand their emotions, unleash greater motivation and creativity, and change their attitude to deal with everyday problems. Larger energy reserves provide the power to break down barriers which previously seemed impossible to overcome. Yoga practitioners mention that they confront their difficulties more calmly and think more positively. What’s more, their self-confidence also increases, which can improve their social life, and make interpersonal contacts easier.

The 5 biggest myths about yoga

There are rumours and inaccuracies in every sphereof life which are usually the result of insufficient knowledge and doubt. It is no different in the case of yoga. Here are the 5 most-commonly repeated myths about this training method whichmightdeter us from deciding to tryit in practice.

Yoga is inseparable from religion

It is hard to deny that practising yoga affects the spirit and the mind - especially asit was mentioned in one of the earlier passages. However, some people wrongly citethe inherent religious aspect. It is true that yoga is firmly rooted in Hindu culture, and is often part of Buddhist practice as one of the forms of meditation. However, this is not a contra-indication for non-believers or those following other religions. Anyone, regardless of religious views, can practise yoga.

Yoga is an activity directed mainly at women

Gender does not determine the possibility of practising yoga in any way. The greater number of women in group classes is due rather to the fact that it is a substitute for other and “more masculine” disciplines for them. Fortunately, this strange view is slowly becoming a thing of the past, and men are more-willingly deciding to test yoga on their own skin.

Yoga is an activity recommended for well-stretched people

This is another myth which wrongly disqualifies people with a limited range of joint mobility. Yoga in no way requires participants to have prior contact with sport, and virtually anyone can try their own strength in performing asanas or specific positions. As in any discipline, it is also important here to adapt the level of difficulty to the individual capabilities of the exerciser. So that every workout is not only a challenge, but also a pleasure for the body and spirit.

Yoga is not tiring

It doesn’t have tobe tiring, buteverything really depends on your own commitment and your selected positions and exercises. However, although yoga is associated primarily with slow and precisemovements, most people do feel the effects of the first training sessions for the next few days at the beginning of their own path! The global nature of asanas and the involvement of a large number of muscles can cause fatigue to set inover time. However, if a greater effect is desired, no one will prohibit an increase in intensity (e.g. bystronger emphasis in the muscle-tension phase).

Strength training does not go well with yoga

Finally, something for gym lovers and heavyweight training, who sometimes approach the subject of yoga quite favourablyas a way to complement their exercises. A skilful combination of these two training methods can prove extremely valuable in the context of shaping a muscular figure, which, at the same time, will allow you to increase the mobility of the locomotor apparatus, and maintain an optimal level of flexibility in your structures. In addition, yoga can be successfully used as a replacement form of dynamic and static stretching, which, however, is often neglected by body-sports enthusiasts. 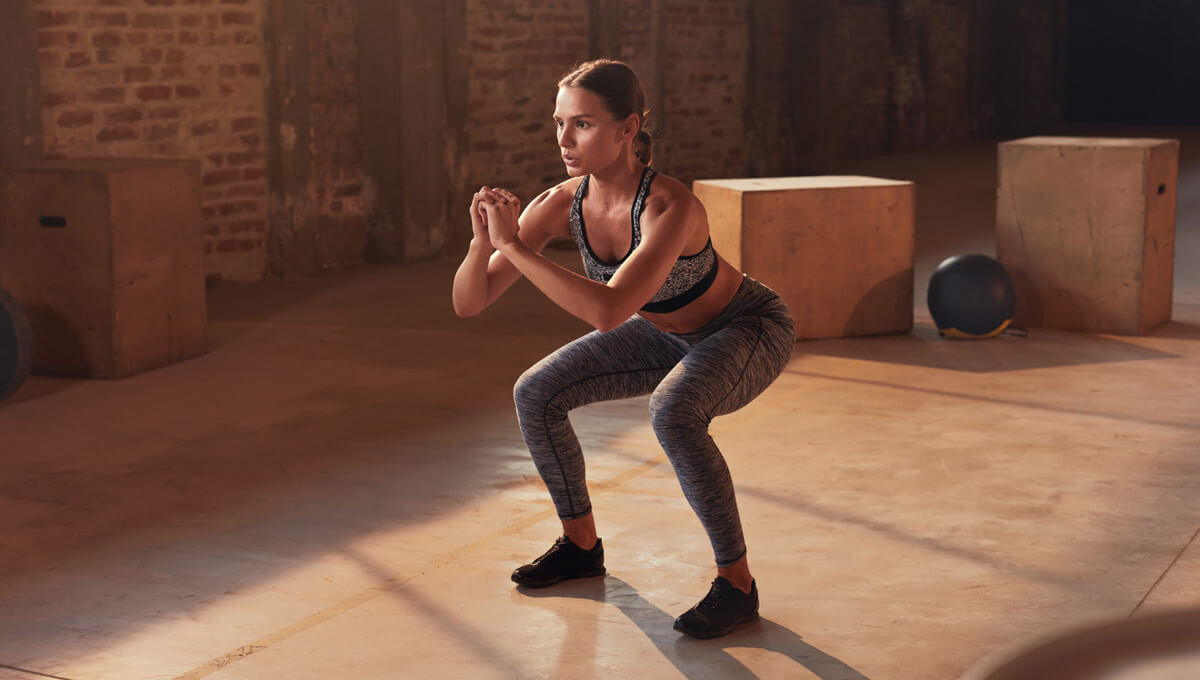 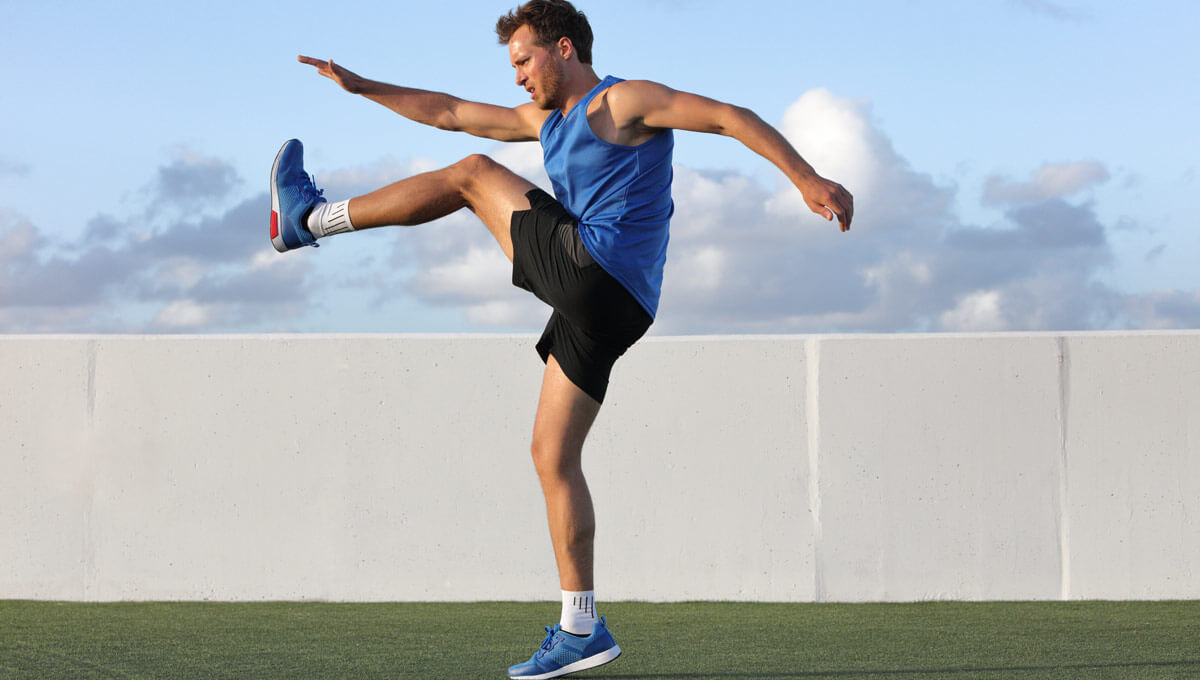 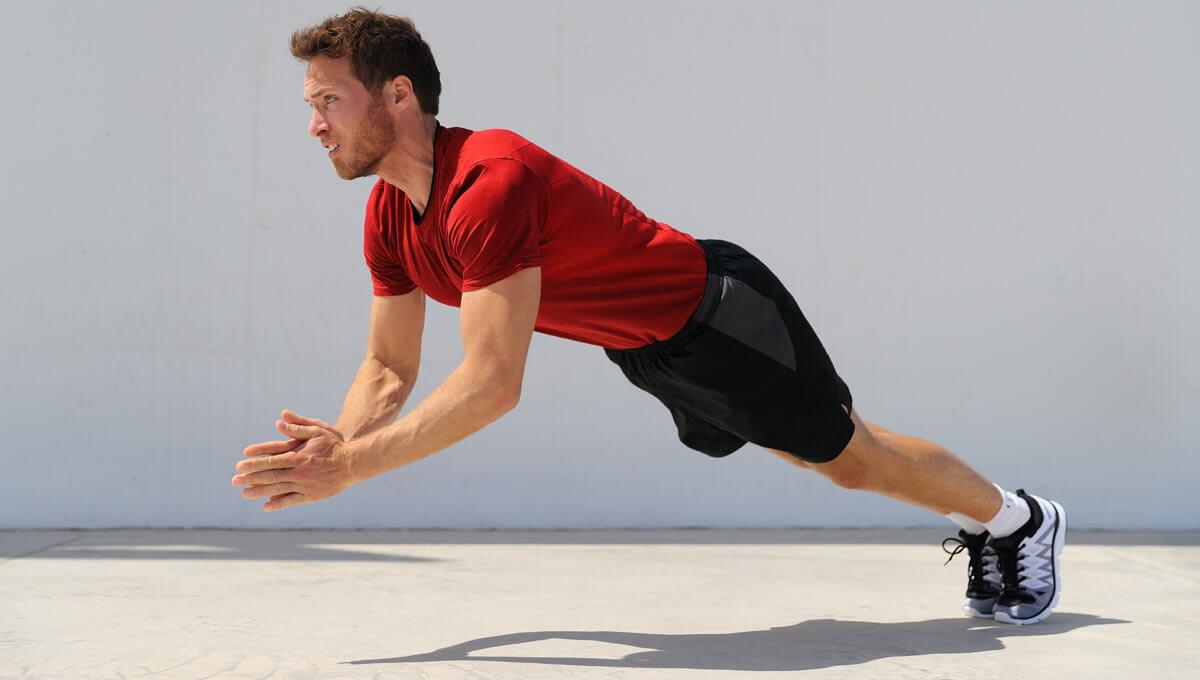 Is it worthwhile to do plyometric exercises?