Legendary pre-workout supplement in the form of a shot!

R-weiler Shot - a Pre-workout dietary supplement- is a composition of popular ingredients in the form of a handy shot. Experts from the Olimp company made sure that the doses of ingredients used ensure optimal support and help to overcome the obstacles on the way to the dream effects. Thanks to the tested raw materials, innovative laboratory technology and an experienced research team, a product which supports the work on muscular, athletic body and physical condition was created. Its liquid form guarantees faster absorption and quicker effects - feel the real power from the first sip!

R-weiler Shot is a multi-component mixture of substances that have been effectively supporting those who work out in their intense trainings for a long time.  The formula is based on a high dose of beta-alanine, an amino acid that supports our struggle with increasing fatigue during exercising. Olimp company decided to also use such popular substances as taurine, caffeine or L-tyrosine. The composition was complemented by natural extract of cayenne pepper (containing capsaicin), which further enhances the overall effect of the supplement and increases the absorption of the ingredients. The key to R-weiler Shot, however, is the dose/serving. The doses recommended by the Olimp brand experts allow to safely and effectively strengthen your body. Moreover, raw materials used for the production of this supplement were microbiologically tested as well as analyzed for heavy metals content. R-weiler Shot is a complete product - both in terms of effects and quality.

3. Effects and features R-weiler shot – how does it work?

• Increased amount of heat produced, which reduces the synthesis of fat in adipocytes (cayenne pepper extract)

All this in the form of a small and handy shot is available in two refreshing flavors (cola or orange). Decide for yourself how your success will taste like!

4. R-weiler Shot supplementation - how to use it? Dosage/serving and price

R-weiler Shot is a pre-workout dietary supplement in the form of an ampoule. Each 60 ml bottle of this workout booster by Olimp contains 2 servings. How to use it for optimal effects? Take a serving of 30 ml (½ bottle) about 30 minutes before the workout. Shake well before use. Due to the dose of ingredients used, each bottle of R-weiler Shot contains 2 servings (for 2 days of supplementation). The manufacturer recommends not to exceed the daily intake specified on the packaging. The price of R-weiler Shot is 2,10 £

R-weiler Shot - a precise shot for the desired goal! 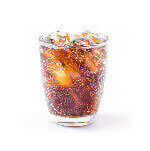 Recommended use: 1 portion a day = ½ of the ampoule (30 ml), about 30 minutes before training. Shake before use. One ampoule contains 2 portions. Once opened, keep refrigerated and consume within 48 hours. Do not exceed the recommended daily dose. Food supplements should not be used as a substitute for a varied and balanced diet. A varied and balanced diet and a healthy lifestyle are recommended.

Warning: High caffeine content. Not recommended for children or pregnant or breastfeeding women (caffeine content: 967 mg/ 100 ml; 290 mg/1 portion =  ½ of the ampoule (30 ml)). The product should not be taken by people with heart conditions, hypertension and hypersensitive to any of the constituents of the preparation. Keep out of reach of children.